What Is Christianity? All You Ever Wanted to Know About It

Christianity is a religion followed across the world. In fact, it has the highest number of global followers when compared to other religions. There are more than two billion people in the world who follow Christianity. The faith revolves around the life, death, and resurrection of Jesus Christ. It was brought to practice by a small group of followers, but according to historians, the quick and widespread global adoption of this religion may be considered one of history's most remarkable spiritual missions.

Who was Jesus Christ?

According to certain historians, Jesus Christ actually existed. He took birth between 2 BC and 7 BC. Interestingly, a lot of what we know about Jesus Christ has come from the Bible's New Testament. According to this holy book, it was Mary, a Jewish virgin who gave birth to Jesus in a town called Bethlehem, located towards the south of Jerusalem. According to Christians, Mary conceived supernaturally, as she was believed to be impregnated by God via the Holy Spirit. We don't know much about the childhood of Jesus. Some scriptures claim that he was in Nazareth during his years of growing up. He, along with his family, ran away from the persecution of King Herod and went to Egypt. Followers also believe that his earthly father was Joseph, a carpenter. Jesus Christ was brought up to be a Jew. And according to a lot of scholars, his aim was to bring about reformations in Judaism. It was never in his mind to create a new religion. A prophet called John the Baptist baptized Jesus Christ in the Jordan River. He then began his public ministry around the age of 30. There were 12 disciples, also called apostles, who traveled with Jesus for about 3 years. These people together spread their knowledge among huge groups of people and performed miracles. Some of Jesus Christ's most remarkable miracles included walking on water, making a blind man see, and breathing soul into a dead man called Lazarus.

The Death and Resurrection of Jesus Christ-

The death of Jesus Christ is believed to have taken place between 30 AD and 33 AD. However, the exact date is a subject of debate among theologians. The Bible has in it that Jesus was arrested. He was then tried and sentenced to death. And all this happened because of certain allegations pressed against Jesus by some Jewish leaders. According to them, Jesus was involved in a lot of different crimes, which also included blasphemy. Owing to such allegations, the Roman governor Pontius Pilate passed an order for the killing of Jesus Christ. Later, Roman soldiers crucified Jesus in Jerusalem, and his body was put in a tomb. According to certain scriptures, the body went missing from the tomb, after 3 days of his crucifixion. After the death of Jesus Christ, a lot of people told stories about their encounters with him. According to the Bible, Jesus Christ resurrected after death and ascended to heaven.

Where did Christianity Start?

Christianity started in Judea, a Roman province which occupied what is now the southern mountainous area of the region of Palestine. It was started by Jesus Christ and his devout followers or disciples. When Christianity came into existence, Judea used to be a mecca of farms and busy cities. It was famous for its cross-cultural essence and was ruled by the emperor of Rome. Roman rule was disliked by the Jews during that period. And their hatred was a direct result of the historical oppression their people had for long been facing. The Jews did not like to conform to the Roman polytheistic cultural beliefs. Although a lot of them began to feel that their only remaining hope to have a better life could result from their conforming to this change, the majority simply dismissed that as an idea. Resultantly, they turned into religious zealots and started Gorilla resistance against the existing Roman rule. A significant chunk of people also started studying Jewish law and consolidated the belief that their promised Messiah or savior would eventually come to rescue them.

When was Christianity Founded?

Christianity started in the 1st century AD, after the demise of Jesus Christ. Although it was brought into existence by a small group of Jews, it didn't take long to spread across the vast Roman empire. Although Christians had to go through persecution initially, Christianity eventually established itself as the state religion. During the middle ages, even people in Russia and northern Europe started following Christianity. And during the age of exploration, this religion took the entire world by storm.

Although there is a lot more than you can learn about Christians, Christianity, and Jesus Christ, the above crisp and concise information will significantly add to your repository of spiritual knowledge.
Recent posts Title 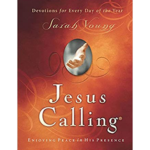 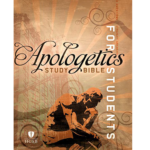 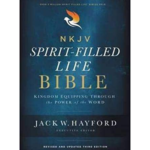 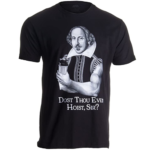 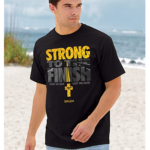